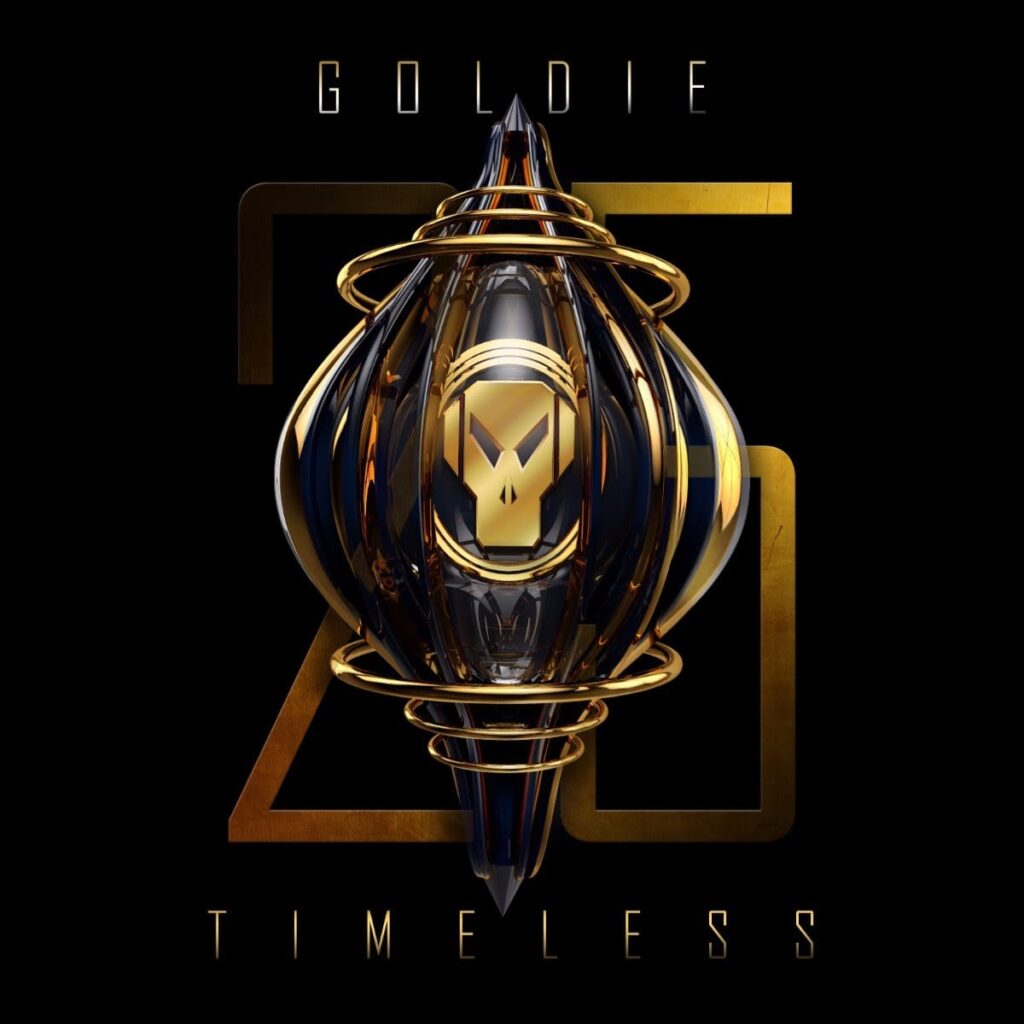 While I didn’t set out to start a drum & bass blog during the month of the 25th anniversary of Timeless—the debut studio album from drum & bass alchemist Goldie—I love that it happened. It’s that kind of synergy that’s propelled Goldie into the stratosphere of art in general, let alone the pinnacle of the dnb scene. He’s the Godfather. He’s the Final Boss.

Back in 1995, I had no idea what jungle or drum & bass was. I remember reading the reviews section of Spin and seeing their review of the album. I was stunned. Somehow this British b-boy was making 22-minute songs invoking classics like “What’s Going On” in the vein of Massive Attack? I knew music, but I wasn’t ready for “Inner City Life.” Coming home from that Circuit City trip and pressing play on Track 1, I was in awe.

The R&B I grew up on, filtered through the synth-washes I’d been diving into from the breakbeat and electronic mixtapes I’d trade with a friend at school, and sped-up double time? That BASS? I was converted off of track one. and that’s only the first five minutes.

That 22-minute opus flowed like a DJ mix, but also told a story. It had “movements” like the classical music I’d taken a liking to (the moodier, the better). It was raw, unfiltered yet filtered AF by nature of what it was. There was a futuristic skull on the fucking cover. Imagine my suprise when I’d happened upon the Platinum Breakz double-disc series (I was able to grab used versions of the first two compilations in that series for roughly $10 apiece at Princeton Record Exchange back in 1997) and saw that same logo, to later realize that Goldie was the mastermind behind Metalheadz. That moment was so important that, when I was given the chance to run an electronic music site, I said “fuck it” and two-months in dedicated an entire week’s worth of content to Goldie. And it was worth it.

The material on Goldie’s Timeless is forever. The DNA of whatever you’d consider the “Metalheadz sound” is officially defined in that album. A collaborative effort (especially if you are wise and take in the double-disc version of Timeless) highlighted the cream of the crop withing the developing dnb scene. Rob Playford (who founded Moving Shadow) was all over that album, with Dillinja and Mark Mac also lending a hand while the unforgettable voice of Diane Charlemagne (who ended up becoming a real queen within the dnb scene) gave the machine its heart and soul.

Timeless is one of the pillars of the drum & bass scene. Without this album, and the man who put it all together, you wouldn’t have a large chunk of the scene. It’d be gone. Hell, this is the guy who invented time stretching! Goldie’s the breakbeat scientist, the master of the dark arts. If Grooverider was showcasing the mysteries of funk, Goldie was documenting their growth, while secretly nudging their maturation along the way.

Goldie is not necessarily the dnb Mister Sinister, but he’s kinda something like it.

Has there ever been an album in the drum & bass realm to top Timeless? That’s debatable. [Ed note: No, it hasn’t been topped.] But that shouldn’t be a surprise. Goldie’s a one of one. Timeless proves it. Anyone trying to get on a really emotional, really soulful wave had to have studied Goldie’s blueprint. At the very least they heard it on the radio, especially if they were in the UK! Hate him or love him, Goldie’s the drum & bass Kenya Barris, and anyone trying to deny the #blackAF roots of the dnb scene wasn’t there, or chooses to deny history.

Well, we gotta start celebrating the release of Timeless, right? You should have already run through the album for the last few days. DJs, we hope you sorted out a mix or blend in your recent sets. If that isn’t enough, head on over to goldietimeless.com, which is serving as a digital hub for all things Timeless. We’d recommend you head over and register for the site; you’re not only gifted with Peshay’s remix of “Inner City Life” for free, but you get to watch Part 1 of a conversation between Goldie and Pete Tong, and the remastered “Inner City Life’ music video, as well as a host of photos from that era.

The other plus to registering is that Goldie has more Timeless content on the way. Start your Timeless appreciation now; we could keep this up for months if you want, Goldie!

Back to top
mobile desktop